* This text was written by a columnist from TecMundo; learn more at the end.

Earlier this week, the GAIA survey published the most recent survey of our night sky, the most complete census ever published, including stars, quasars, galaxies, and other celestial objects.

GAIA is a space telescope launched in 2013. The team monitors the entire sky and creates a survey with the primary goal of building the best three-dimensional map of our galaxya Milky Way. With this map, the mission will provide the positions of billions of stars with unprecedented accuracy.

In addition, we will have speed information in 3 dimensions, allowing a deeper study of the objects and the Milky Way itself. By monitoring the sky, GAIA is able to capture changes in the brightness of some objects, which could lead to the discovery of exoplanets. 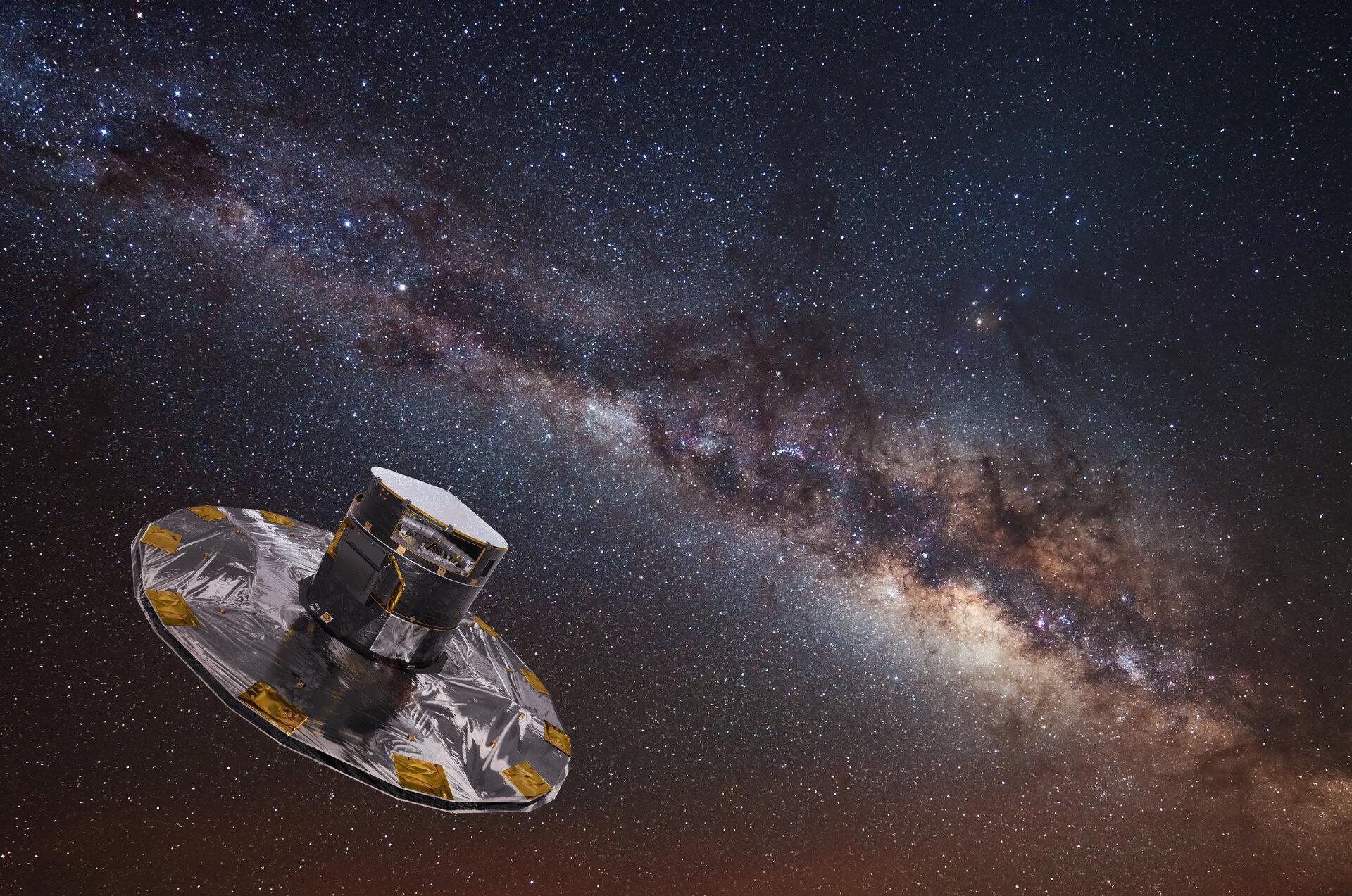 Who is the Ruler of the Universe?

Measuring the distance of an object to the sky is not easy. Bright stars can be large or close, while faint stars can be small or very distant. So how do you measure the distance to the stars without a ruler or without going there?

The branch of measuring distances and positions is called astrometry and one of the most accurate techniques is called parallax. The principle of parallax is simple geometry and it is not difficult to understand. He stretches out his hand, points his finger up in front of you, and closes one eye at a time. Now, when you change which eye is closed, you can see an apparent movement of your finger. You could measure the distance to your finger by knowing the distance between the eyes and the nose and the size of the arm with simple geometry. This is the idea of ​​parallax. But instead of your nose, we have the Sun and in each eye the position of the Earth at a time of year. 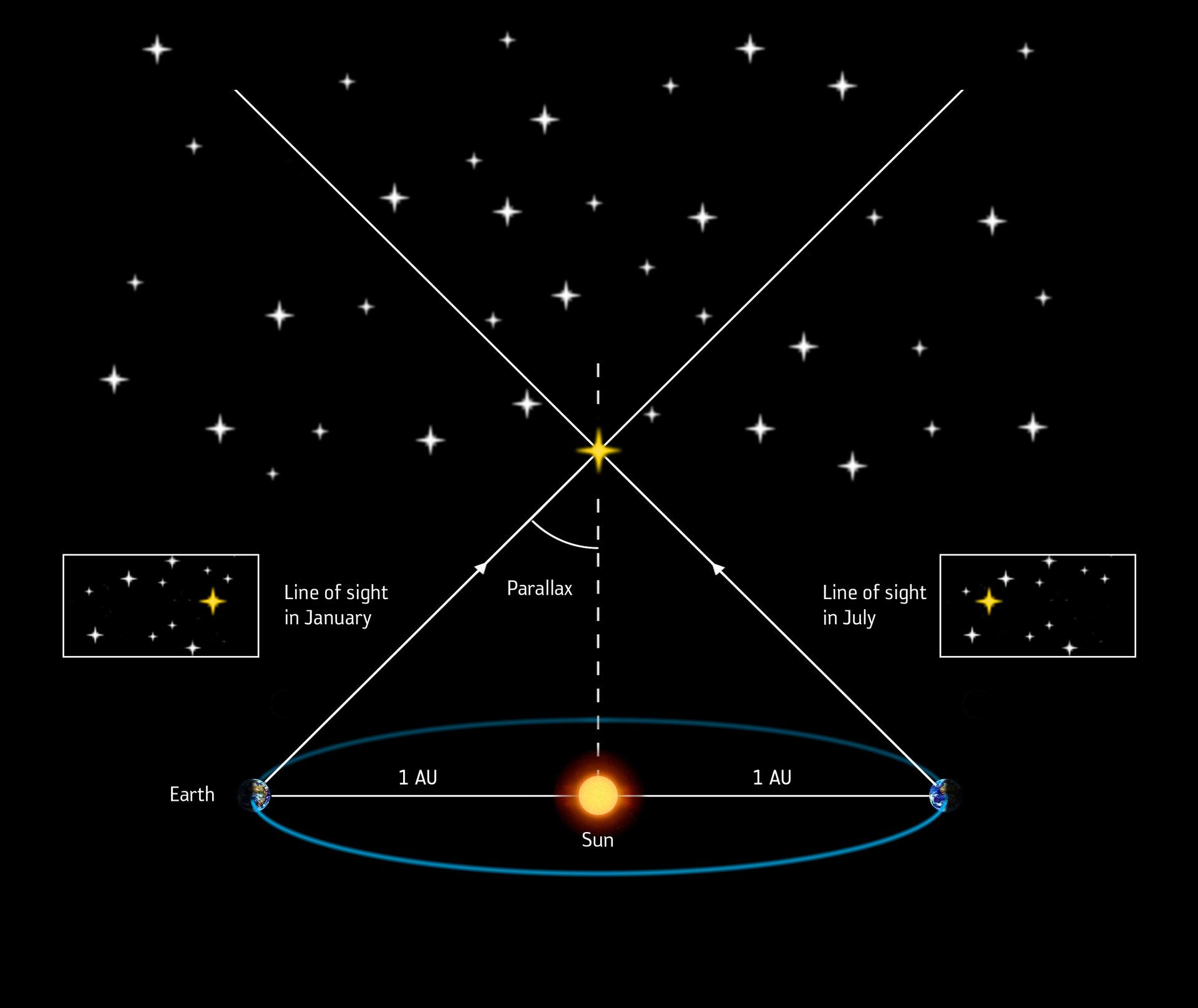 When we observe an object, we can map its position in relation to the objects in the background. 6 months later we will be on the other side of the Sun (that is, how to change which eye is open) and we will be able to observe the same object again. We will notice a small change in the position of this object. With this change we can measure your distance!

But not everything is perfect. This technique works great for near objects, for more distant objects much precision is needed, and this is where the GAIA telescope comes in, which has unprecedented accuracy! Nearby stars have an apparent one-second arc motion. The mission will be able to accurately measure apparent motion up to 0.000001 arc seconds! For the purposes of scale, 1 second of arc corresponds to 1/3600 of a degree and the full moon has an apparent size in the sky of two degrees. 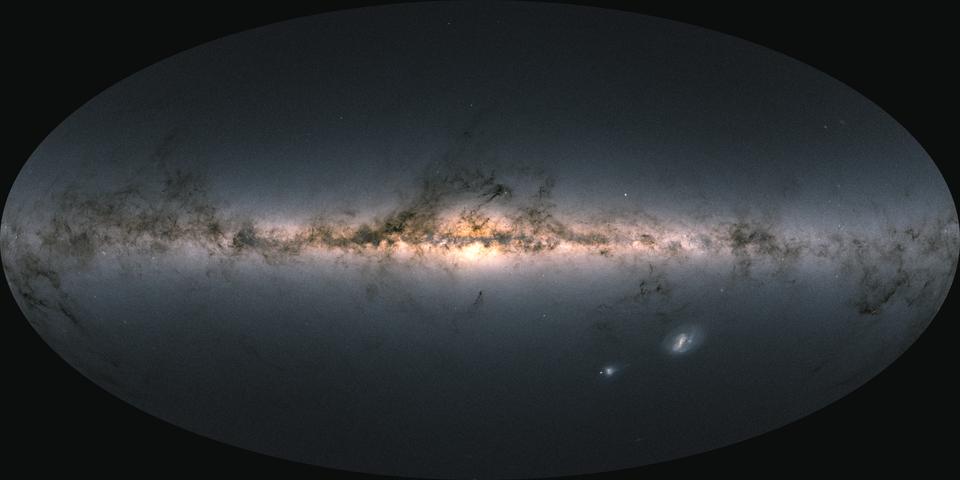 This is not an image of the Milky Way. There are millions of images together. Each point has a detailed observation from the GAIA telescopeSource: ESA-GAIA

Camila de Sa Freitascolumnist of TecMundo, holds a bachelor’s and master’s degree in astronomy. He is currently a PhD student at the European Southern Observatory (Germany). The self-proclaimed Galaxy Coroner investigates the evolutionary scenarios of galaxies and possible changes in the manufacture of stars. He is present on social media as @astronomacamila.