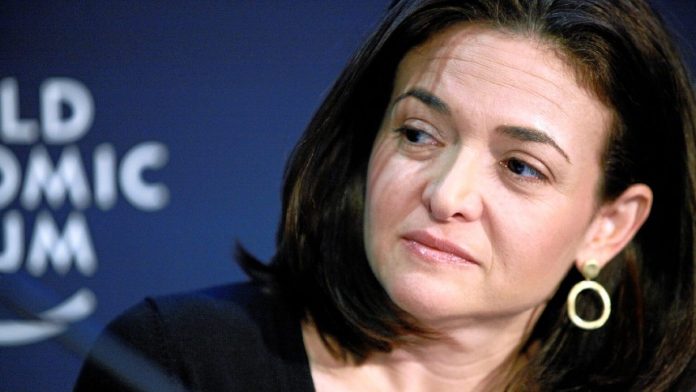 After 14 years as Mark Zuckerberg’s right-hand man on Facebook, now Meta, Sheryl Sandberg is stepping down as chief operating officer at a time when the company is focusing its efforts and investments on the transition to metavers.

In a post on his Facebook profile on Wednesday afternoon, June 1, Sandberg said he would leave his role “in the fall” in the northern hemisphere, which begins in late September but will be part of the board of directors. of Meta executives.

Javier Olivan, another executive with several years in the company, will take over and is currently Meta’s growth director.

During his time at the company, Sandberg helped transform Facebook from a free social network, created in a Harvard dormitory, into one of the world’s largest technology giants, which has been publicly listed since 2012, with $ 118 billion in revenue. in 2021 and a market value of US dollars. 535.7 billion.

The exit comes at a time when metavers is the company’s priority for years to come. In October last year, when he announced the new directive, which even led to a change of company name, Zuckerberg said the metavers “will affect every product we build.”

Despite being considered the company’s chief executive and Zuckerberg’s trusted person, Sandberg was far from the project. Fheard by the newspaper The Wall Street Journal they claim he was absent from many meetings about the company’s plans in this new space.

In a Facebook post thanking Sandberg for his work, Zuckerberg said it was the “end of an era” and that the new COO will play a different role than Sandberg. According to him, Olivan will be a “more traditional” executive, focused on operations and internal issues.

“I don’t plan to replace Sheryl’s role in our current structure, nor do I think it’s possible,” she wrote. “But even if that were possible, I think Meta has reached a point where it makes sense for our product and business areas to be more integrated.”

The metavers represents Meta’s main bet to create an alternative to social media, a market in which it has faced strong competition from TikTok, adopted by the youngest.

Facebook’s loss of popularity became apparent late last year. In the fourth quarter, for the first time in history, the platform recorded a quarterly loss of users. At that time, the daily active user base experienced a slight decline, from 1.30 billion to 1.290 billion.

This fall and the bad times of technology companies in the face of rising interest rates in the United States caused Meta to lose $ 237.2 billion in market value the day after the release of the balance sheet, the largest daily loss of the history of the American market.

In addition to prioritizing metavers, Sandberg’s departure comes after a series of setbacks the company has faced in terms of data privacy and content moderation issues, which also ended up falling on its lap. of the executive.

Over the years, he shared with Zuckerberg the role of spokesman for the company in controversial episodes. In 2018, he testified before the U.S. Congress amid allegations that Russia used the platform to allegedly manipulate the presidential election.

In the same year, the Cambridge Analytica case took place, an electoral consultancy that accessed, without permission, the personal data of millions of users of the social network, irregularly manipulating the information of Facebook users in the United States for purposes electoral.

In the publication in which he announced his departure, Sandberg did not detail the reasons for his decision. The executive said she wants to spend more time on her foundation, which has two initiatives: fostering women’s empowerment in the job market and fostering resilience to people and communities who have gone through trauma.

But according to sources heard by the newspaper The Wall Street Journalhe confided that he was exhausted and that he had become a “punching bag” for the company’s problems.