Southampton have officially signed Gavin Bazunu from Manchester City. The 20-year-old has signed a contract with the Saints for the next five seasons.

#SantsFC is pleased to announce the signing of Gavin Bazunu from @ManCity with a five-year contract! ⁇

Gotze back in the Bundesliga?


He couldn’t move to Benfica, here he is, Gotze may be on his way … to Germany. know it all here.


Tottenham have announced the signing of Yves Bissouma, a player who arrives from Brighton, this Friday.

The Malian international has signed a four-year contract with the Spurs, ie until 2026.

✍️ We are pleased to announce the transfer of Yves Bissouma.

Welcome to the Spurs, Yves! ⁇

The agreement with Liverpool is already in force: Mané is on his way to Bayern Munich


Sadio Mané is getting closer to the Bundesliga. Liverpool and Bayern Munich will have reached an agreement for the Senegalese striker and the announcement could come soon. read more here.

Bernardo Silva asks City to negotiate his transfer to Barcelona


Despite having a contract with Manchester City until 2025, Bernardo Silva is satisfied with the possibility of moving to Barcelona in this summer market.

In fact, the Portuguese international has already met with the citizens and has shown this intention, according to Mundo Deportivo. Despite being happy with the deal with the English club, the arrival of a good offer to Ethiad and the desire for a new stage in his career could put the midfielder on the path to the Camp Nou.


Benfica have confirmed that Rafael Luís has signed a professional contract. For the rest, the information had already been provided, at the time, by the Sports per Minute. know it all here.


Timber refuses to move to Manchester United in the year of the World Cup. know it all here.


Newcastle are preparing to push forward a € 23 million bid for Roger Fernandes, a 16-year-old Sp. Braga. Know the details here.


RB Leipzig have confirmed the signing of Xaver Schlager from Wolfsburg. Check the details here.

EXCLUSIVE: Paulo Fonseca is one step away from Lille


Paulo Fonseca is on his way to Lille and negotiations are at an advanced stage. know it all here. 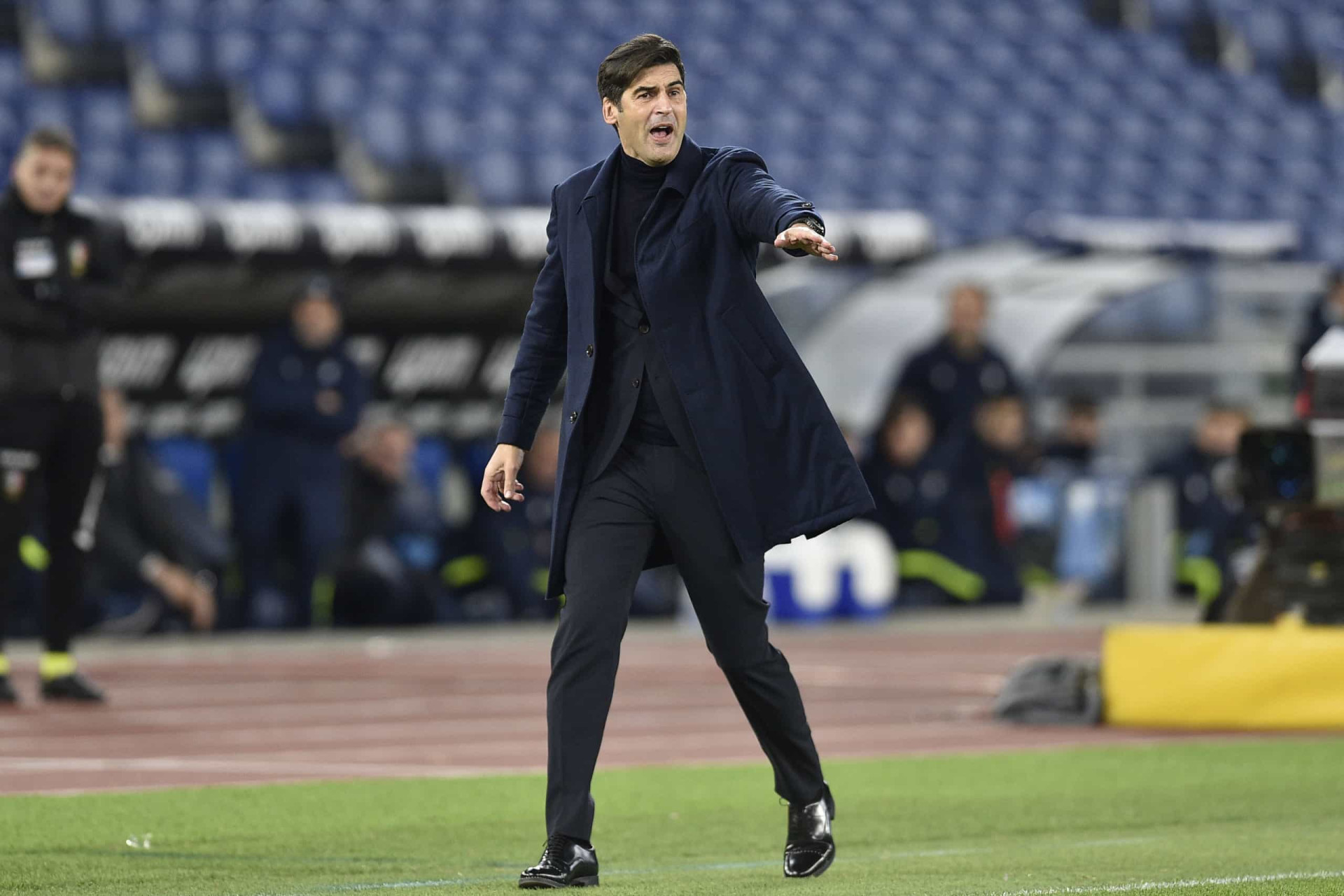 Paulo Fonseca was a season without training. © Getty Images


Wolverhampton seem to have reached an agreement with Matheus Nunes, but Sporting have yet to be convinced. learn more here.

#MatheusNunes has reached an agreement in principle with #Wolverhampton for a contract until 2027. #wolves they are now working to try to close the deal #Sports. # transfers

“The united adventure is over”: Roma and Sporting on the way to CR7


The prestigious Italian newspaper La Repubblica reports on Friday that “Ronaldo’s adventure at Manchester United is over”.

Although the Portuguese international has another year of contract with the Red Devils, this medium realizes that the system and the ideas that Ten Hag wants to introduce to United do not fit the characteristics of Cristiano Ronaldo.

Tottenham are preparing a £ 90m bid for Lautaro Martinez


Tottenham are preparing to make a proposal to Inter striker Lautaro Martinez of the order of 90 million euros, according to Italian journalist Alfredo Pedulla.

However, the Argentine player has no interest in leaving Inter, a club with which he has a contract until 2026, as he is seduced by the fact that he can play with Paulo Dybala and Lukaku at Guisseppe Meazza (two agreements that the Nerazzurri club is still involved).

An agreement that is celebrated for 35 million euros, and that can reach 40 million depending on the fulfillment of some sporting objectives.

An unlikely seller: the incredible sales of the top 10 of … RB Salzburg


There are clubs around the world that are known for the good deals they make, mainly selling their best players. However, hidden in certain European leagues, there are others who, although they seem the least likely, get as little as they do. Here is the example of RB Salzburg. Explore the photo gallery here.


The Spanish press continues to report on Real Madrid’s interest in signing Henrique Araújo in the current transfer market.

According to OK Diario, the meringues want to sign the 20-year-old striker and keep him on loan for another season at the Eagles’ Bastion. More information here.


Apart from Palhinha, Matheus Nunes is also on the Premier League radar and the deal could be finalized in the coming days.

The Portuguese international can go to the Wolves for 50 million euros (45 million in cash and five in goals), according to the newspaper Record, in this Friday’s paper edition.