the franchise Minecraft will win another spin-off: Minecraft Legends. The title will be an action and RTS (real-time strategy) game produced by Mojang Studios in collaboration with Blackbird Interactive, creator of Crossfire: Legion.

The game was announced during the Xbox & Bethesda Games Showcase, the Microsoft conference in collaboration with Summer Game Fest 2022. Watch the trailer below and review all the announcements of the event here. 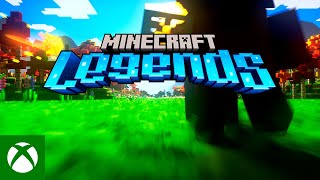 The story of Minecraft Legends

Minecraft Legends will tell the story of Overworld (the main game world) under a massive Piglins invasion. According to a legend, only you can gather all the mobs in the world and help them fight evil.

According to Mojang, the events of the new game are part of a story, passed down from generation to generation by word of mouth. That is, we do not know if this story really happened, and there is no record or evidence of this great hero who saved the Overworld (you, in this case).

unlike the Minecraft original, Minecraft Legends it will not be a survival game sandbox, but real-time strategic action. With the camera in the third person, the player “will defend the peaceful settlements and fight hordes of Piglins to stop the spread of Nether’s corruption.”

Like any RTS game, you will lead your team into battles, fight alongside them while instructing them. You can play both alone and with friends, yes cooperative (cooperative) o PvP (competitive).

“We will reveal more about how you will achieve the monumental task of repelling the Piglin invasion in the coming months,” says Mojang. So it’s best to stay tuned for the news.

According to the official game page on Steam, these are the requirements to play. Please note that from minimum to recommended, specifications do not change.

When will Minecraft Legends be released?

Minecraft Legends It doesn’t have a full release date yet, but it’s scheduled for 2023. The platforms will be Xbox One, Xbox Series X, Xbox Series S, PlayStation 4, PlayStation 5, Nintendo Switch and PC. The title will also be added to the Game Pass subscription service.